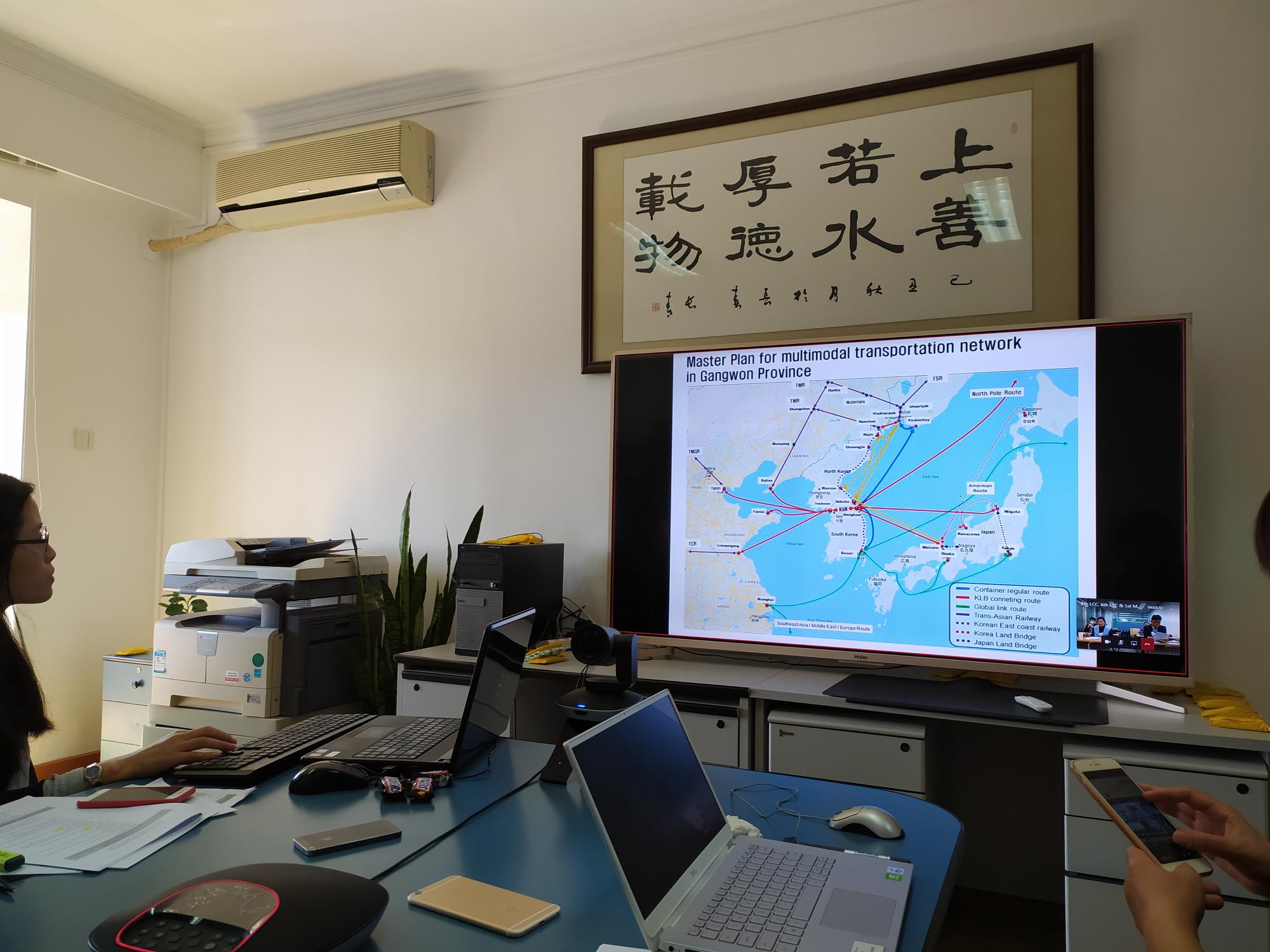 The meeting was successfully held back-to-back with the 6th Logistics Sub-Committee (LSC) and the 1st Marine Cooperation Sub-Committee (MCSC) meetings online on the 13 October 2020. It was organised by the GTI Secretariat. Due to the pandemic, the original host Busan Metropolitan City will now organise the 9th LCC Meeting in 2021 in the Republic of Korea (RoK).

Participants reviewed the progress and perspectives on LCC from local governments and shared updated as well as new local project proposals. Incheon Metropolitan City of RoK was approved by the other LLC members as a new official member. Within the 1st MCSC meeting, LCC members reviewed and approved the MCSC terms of references. MSCS will formulate a work plan for next year. The MCSC was initiated with the support of GIZ SRECA and also includes the Mongolian provincial capital of Dornod, Choibalsan, to include Mongolia more in hinterland connectivity from port cities in NEA.

SRECA will continue to support the LCC as well as LSC and MCSC mechanisms, especially regarding the inclusion of Mongolian provinces in regional economic cooperation.