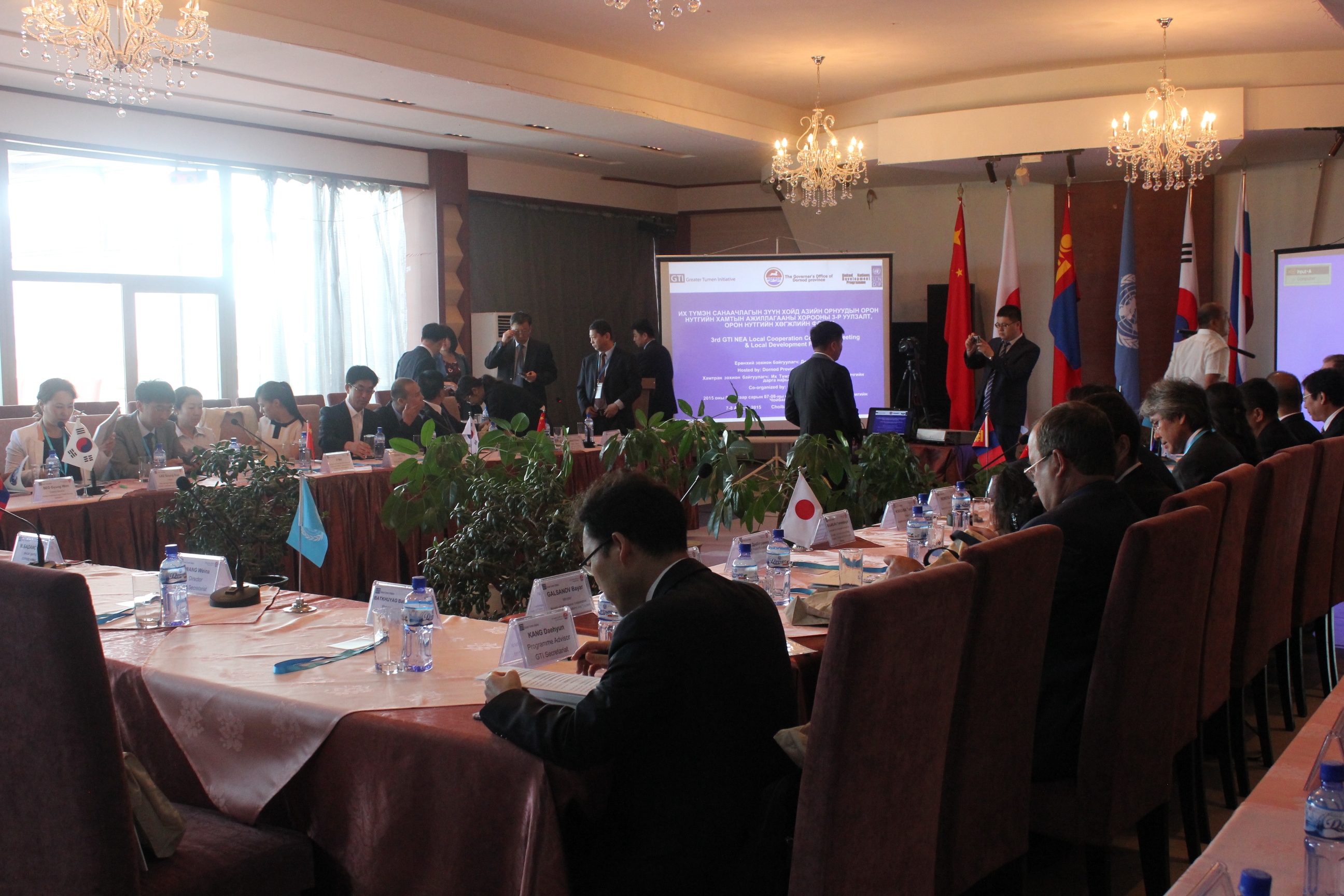 Moreover, after having reviewed various project proposals and discussed future steps for development, the GTI LCC’s members agreed to establish the GTI Logisitics Committee which, later that day, held its Inaugural Meeting. In this context, GTI Logistics Comittee’s founding members – Jilin Province and Liaoning Province of the PRC; Tottori Prefecture of Japan; Gangwon Province of the ROK – identified multiple pilot routes of logistical development whose challenges and opportunities will have to be further investigated within the next couple of weeks.

Additionally, the GTI NEA LCC Meeting was complemented by the organisation’s Local Development Forum in the course of which opportunities of and challenges to cross-border trade were discussed from a local point of view. GIZ is supporting the LCC since its beginnings to improve institutional capacity for stronger regional Integration in NEA.