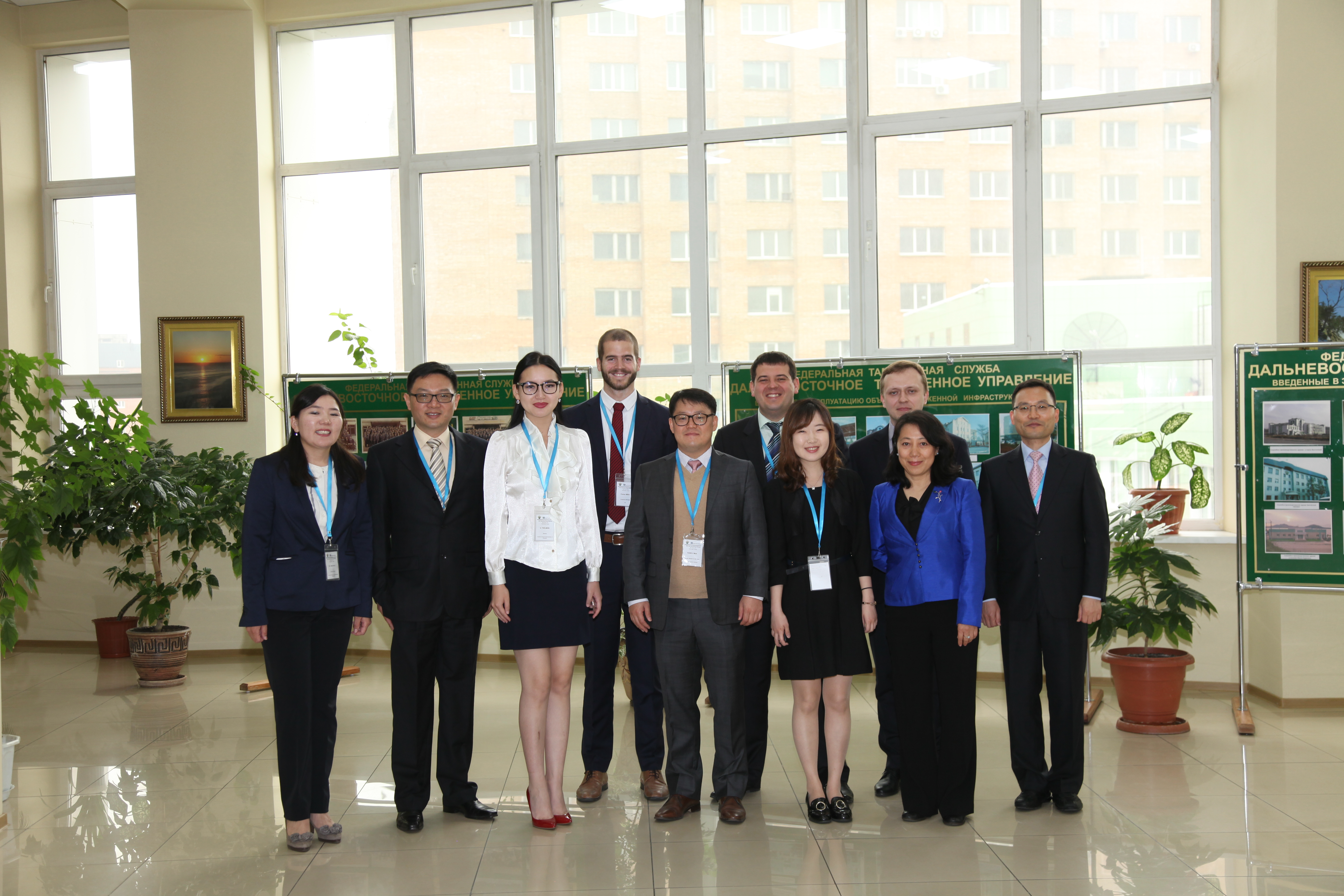 On 24 – 25 May 2017 the Federal Customs Service of the Russian Federation hosted the second Working Meeting of the AEO Working Group of the Greater Tumen Initiative (GTI) in Vladivostok. The meeting, being part of series of four meetings in total with the first being held in November 2016 in China, was co-organised by the GTI Secretariat.

The objective was to lay a more vigorous foundation for a GTI standardised AEO Mutual Recognition Agreement (MRA) as well as GTI AEO Guidelines based on the member states’ national AEO strategies and legal frameworks. It aims to be in line with the World Customs Organisation (WCO) Framework of Standards to Secure and Facilitate Global Trade (SAFE) which provides global standards for AEO. Participants from the customs agencies of the People’s Republic of China, Mongolia, Republic of Korea and the Russian Federation took part in the meeting. After developing the common ground based on the introduction on national AEO implementation processes, participants deepened their understanding of each nation’s AEO legal framework. Based on the outcome of the fruitful discussions during the meeting participants and the GTI Secretariat set the frame for a 3rd AEO Working Group meeting in Ulaanbaatar, Mongolia, in September 2017.

In order to strengthen regional cooperation the SCSI Programme will further support the GTI Secretariat and the AEO Working Group in the course of the process to set up GTI AEO Guidelines and a standardised MRA.