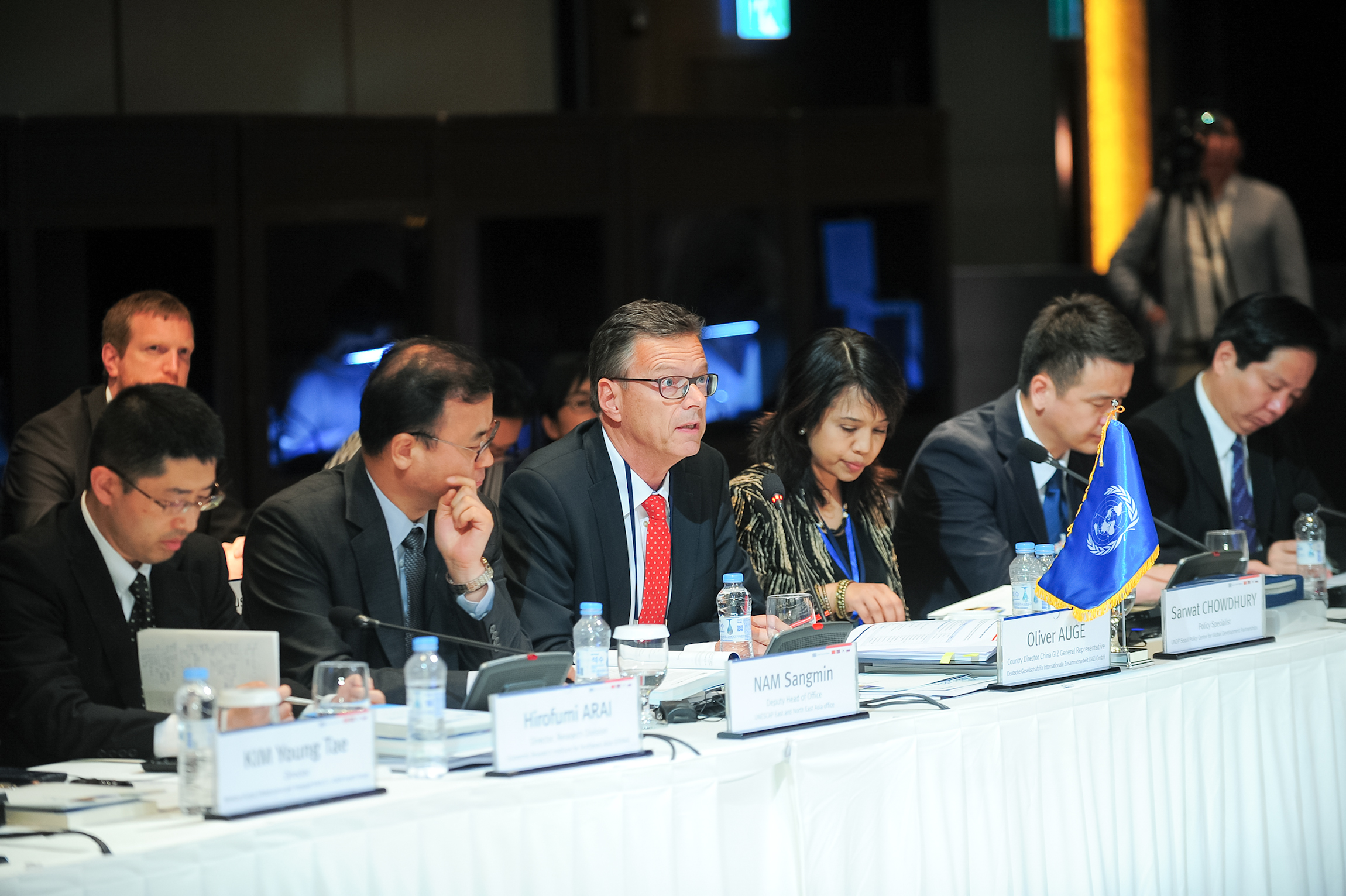 In March 2016 the Government of the Republic of Korea (RoK) hosted the 16th Consultative Commission Meeting of the Greater Tumen Initiative (GTI) in Seoul, which was opened by the RoK’s Deputy Minister for International Economic Affairs, Ministry of Strategy and Finance.

GTI is one of the key partners of the SCSI programme, implemented by GIZ on behalf of the Federal Ministry for Economic Cooperation and Development (BMZ). The Meeting saw the inauguration of GTI’s Agricultural Committee as well as the Northeast Asia (NEA) Research Institutions’ Network. Among other institutional developments the meeting saw the restructuring of the Trade Facilitation Committee into the Trade and Investment Committee (TIC) which will tackle issues pertaining to customs and trade in the specialised Customs Subcommittee in the future.

From GIZ’s side Mr. Oliver Auge, Country Director and GIZ General Representative in PR China attended the meeting to deliver words in a session on strategic partnership development, alongside other strategic partners of GTI such as United Nations Development Programme (UNDP) and United Nations Economic and Social Commission for Asia and the Pacific (UNESCAP). In his speech he highlighted that “For successful and sustainable regional cooperation a number of success factors have been identified in the past and current research: among them a solid institutional framework, a strong political backing and sound stakeholder involvement”. As every year the Meeting has provided a platform for discussions between the stakeholders from all four GTI member countries to improve instutional structures and capacity.